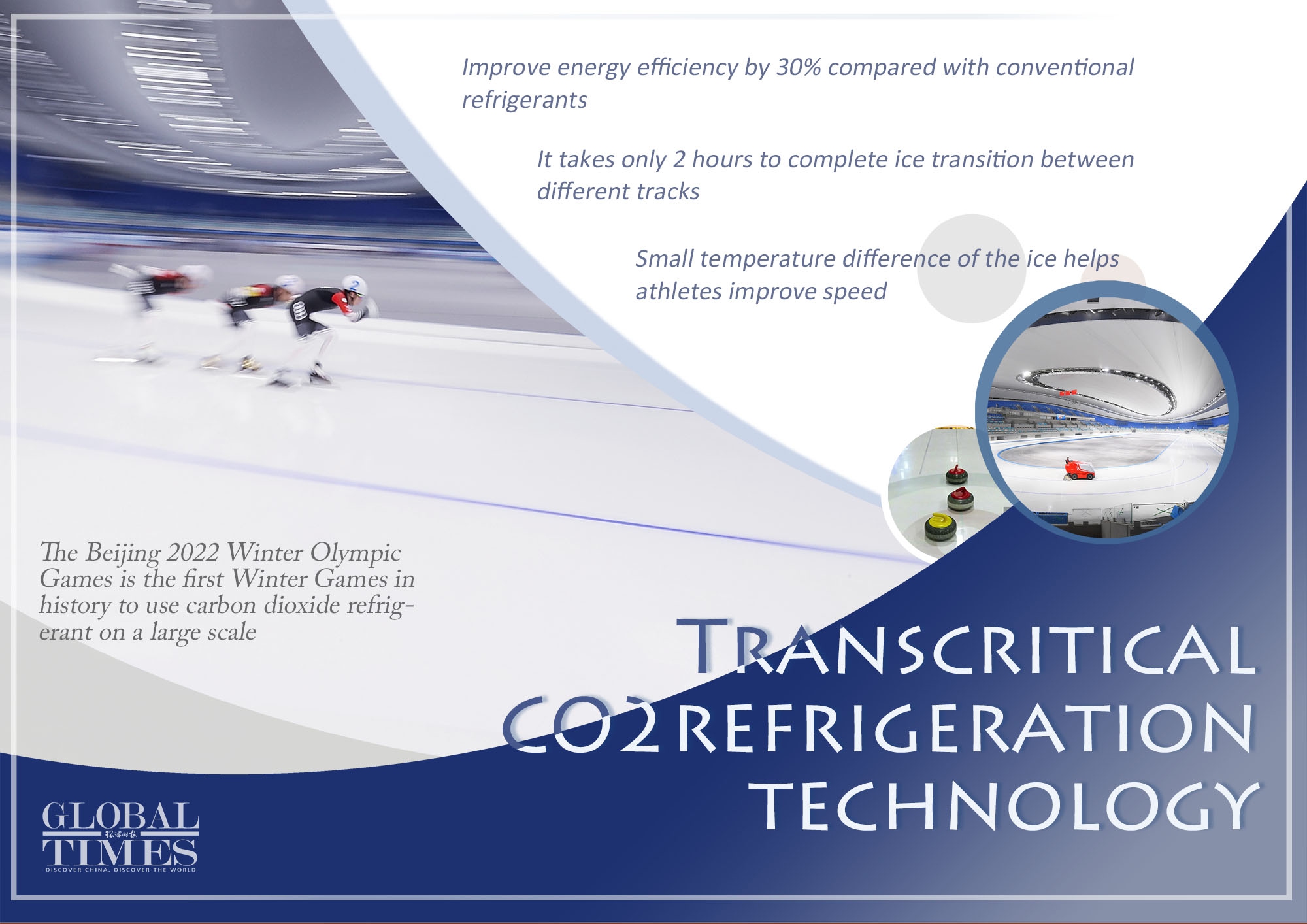 To help with holding a “green” Winter Olympic Games, the refrigerant used in ice hockey and curling venues provides a 65 percent reduction in global warming potential (GWP) in a cost-effective and energy efficient way, the manufacturer of the refrigerant told the Global Times on Friday.

The refrigerant is a hydrofluoroolefin (HFO) blend that has zero ozone depletion potential (ODP), lower GWP and high performance, the Global Times learned from the company.

Function switch is another consideration for the venues as the renovations were not intended to convert them into permanent rinks, but rather to allow them to switch easily and quickly between “ice arenas” and “non-ice arenas” according to the different sports and cultural programs taking place.

“The refrigerants have demonstrated the capacity to meet high ice quality requirements and were found to be suitable for converting the facilities for different events,” Zhou said.

Five other ice shields that use CO2 refrigeration systems also feature zero ODP and low GWP. According to Sutherland the refrigeration systems are 30 percent more energy efficient and save about 2 million kilowatt-hours of electricity a year compared with the traditional cooling methods, ThePaper.cn reported.

In 2021, China decided to accept the Kigali Amendment to the Montreal Protocol to reduce coal consumption.

“We see more market demand and a more urgent need for lower-GWP, high-quality alternatives. We are committed to making a contribution to optimizing China’s refrigerant industry structure and energy structure,” Zhou said.