Bidding farewell to Beijing 2022 with tears, hugs and hope 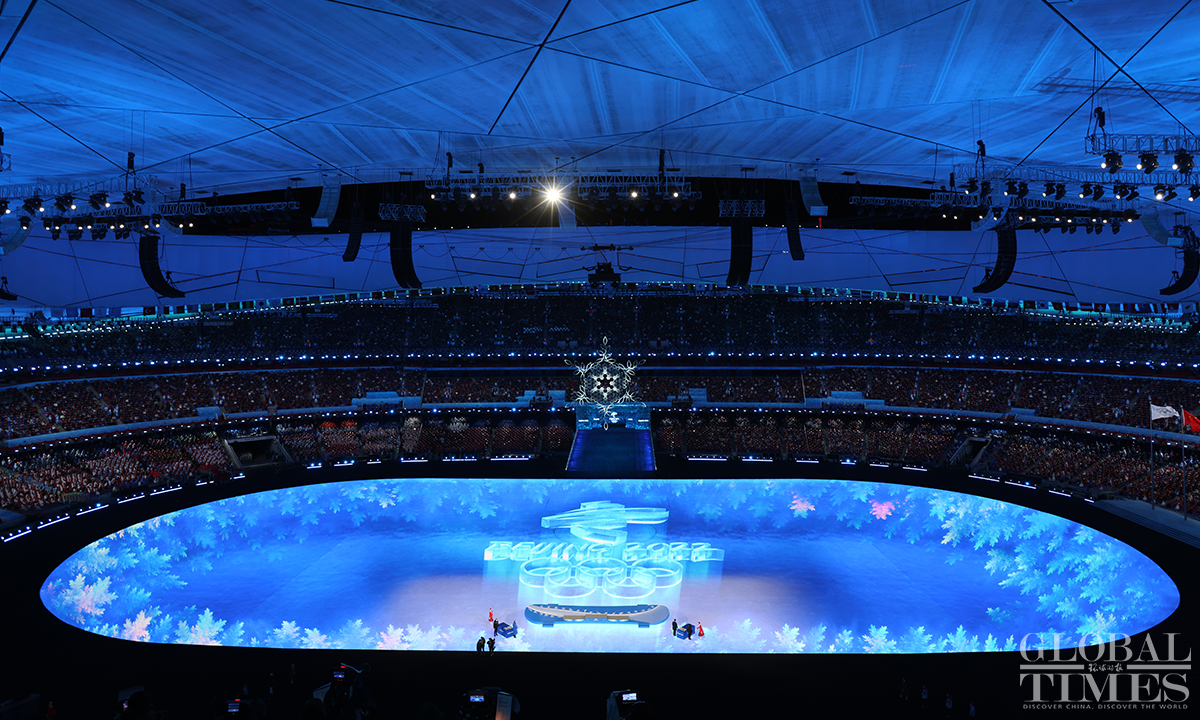 It’s time to say goodbye, but for many athletes, it’s hard to do so after they have enjoyed so many joyful and memorable moments during the Olympic Winter Games  Beijing 2022.

Some Olympians bid farewell in their own ways, like Japanese figure skating superstar Yuzuru Hanyu, who kissed the ice and bowed deeply to the audience, and US legendary snowboarder Shaun White, who took his final ride and waved goodbye as Team USA called it “the end of an era.”

Shortly after the closing ceremony of the Beijing 2022 began at 8pm on Sunday at the National Stadium, athletes marched to the center stage, waving and cheering to the audience. It was also a moment to celebrate their accomplishments after years of hard work, tears and sacrifices. Despite wearing facial masks, the athletes delivered a joyful message with palpable excitement, as it was not only the end of the Winter Olympic Games but also the start of a new journey.

“This unforgettable experience was only possible because of our gracious hosts, the Chinese people,” International Olympic Committee (IOC) President Thomas Bach said at the closing ceremony. He also thanked organizers, public authorities and volunteers for their hard work organizing and hosting the Games. 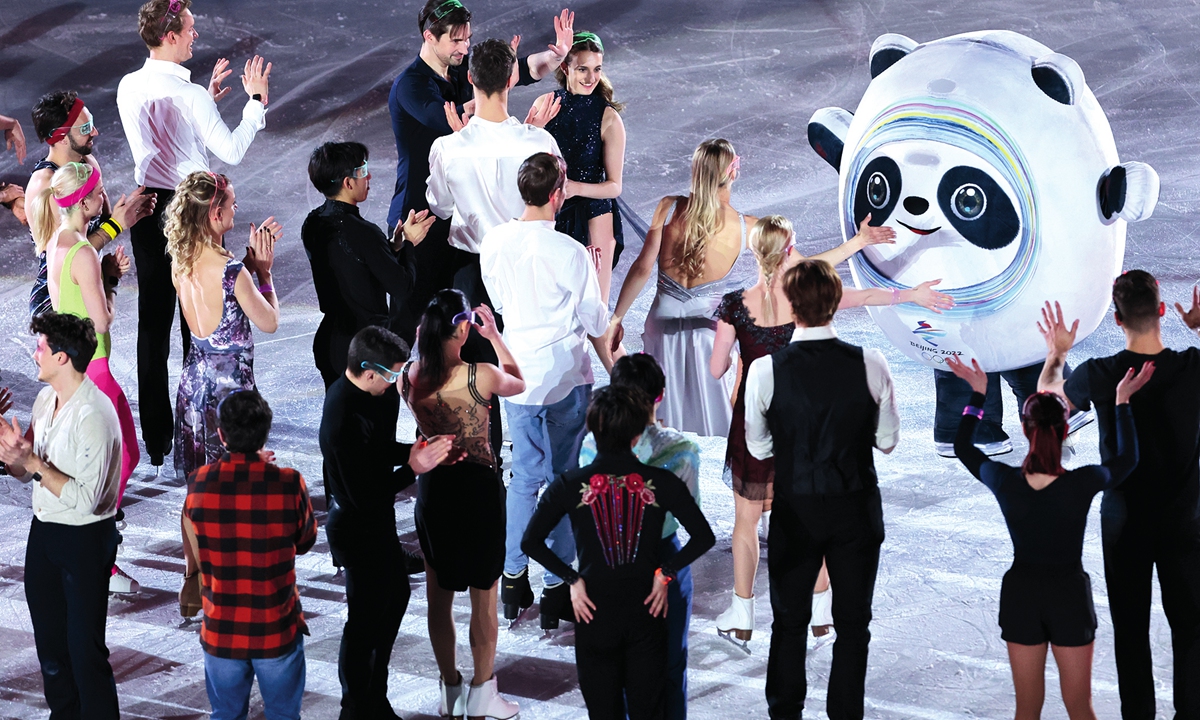 The “Moment of Remembrance” is a very important part of the Olympic Games’ closing ceremony. The theme “A Willow Twig,” presented in a segment at the Beijing 2022 closing ceremony, underscores the traditional Chinese culture and philosophy in the practice of asking a person to stay when bidding farewell.

For some foreign athletes, bidding farewell to this special Olympic trip amid the COVID-19 pandemic was sad, as they were warmly welcomed and much amazed by the Chinese people, their delicious food and splendid culture.

“I feel so sad that I had to leave China so soon, but I have loved all the messages and comments that I received from you guys,” Jenise Spiteri, the first snowboarder to represent the European island of Malta, said in the first post on her account on Chinese Twitter-like Sina Weibo. As she would soon leave China, she took to the Chinese social media platform as a way of staying in touch with her Chinese friends and fans.

“It is so amazing to hear how I’ve affected people’s lives, and how others are inspired to keep working toward their goals and dreams,” Spiteri told the Global Times on Sunday. “I really can’t believe it. All of the connections I feel to people in China now are so special and I never expected this to happen.”

Over the past 17 days, the Beijing 2022 created opportunities for athletes to compete together, exchange gifts, hug each other, and make new friends. Global audiences were deeply moved by the moments when Oleksandr Abramenko of Ukraine embraced Russian skier Ilia Burov when they won the silver and bronze medals in freestyle skiing, and when American curlers Chris Plys and Victoria Persinger gave badges in return after receiving a commemorative gift – pin badges of the Beijing Winter Olympic mascot Bing Dwen Dwen – from their Chinese opponents, underscoring sportsmanship and the Olympic spirit.

Many spectators also remembered a touching moment when American skier Ashley Caldwell gave a big hug to her friend and counterpart Xu Mengtao, cheering “Taotao! Olympic champion! In your own country! I’m so proud of you!”

The world needs such reunions through the bridge of sports more than ever after it experienced a pandemic that has lasted about three years, severely disrupting the ways that people live and interact, and leading to a series of problems such as racism, hatred and xenophobia, which made the world somewhat very divided place, according to observers.

“We are all equal regardless of what we look like, where we come from or what we believe in. This unifying power of the Olympic Games is stronger than the forces that want to divide us,” Bach said at the closing ceremony.

“Athletes from different places and with different colors of skin came together, and people of different races and different faiths embraced the same dream, as we can see since the competitions started… A lot of moments about friendship and sportsmanship among young athletes have been captured,” Juan Antonio Samaranch, the newly elected IOC vice president and the chairman of the IOC Coordination Commission for Beijing 2022, told the Global Times in a recent exclusive interview.

“The friendship at the platform of multicultural exchange transcends politics, country and race,” Samaranch said. 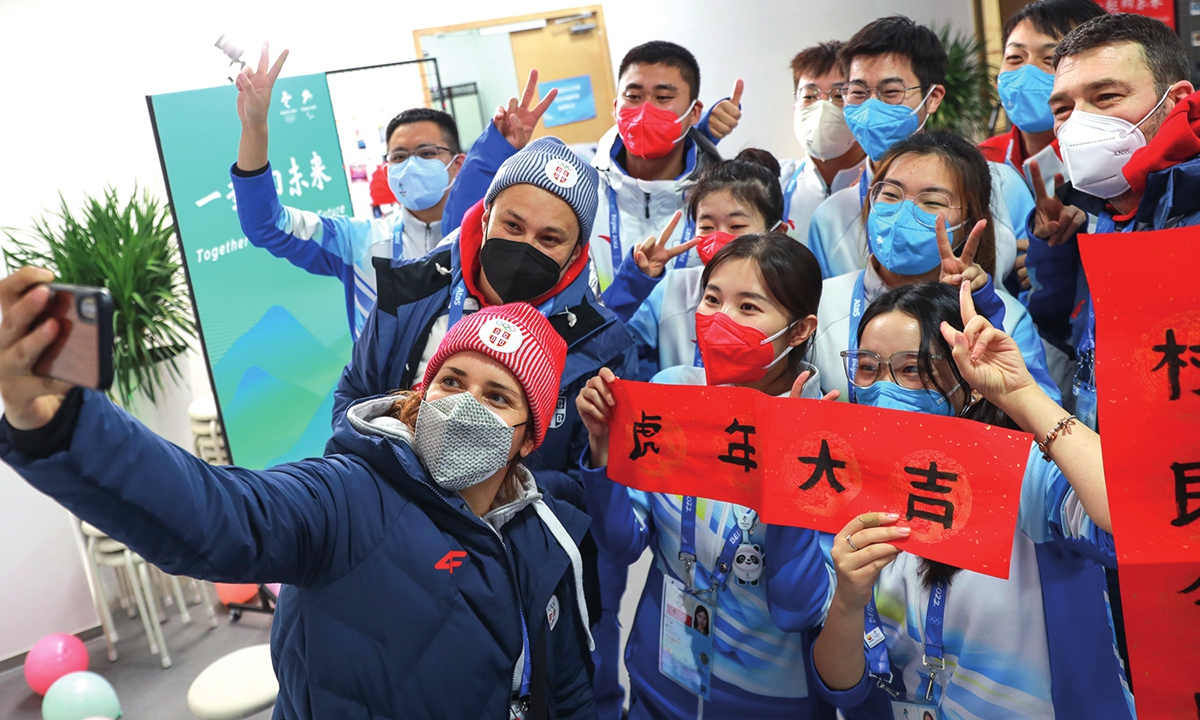 Delegation members of Serbia and volunteers pose for selfies at the Olympic Village of the Beijing 2022 Winter Olympics in the Yanqing District of Beijing, capital of China on January 31, 2022. Photo: Xinhua

Besides the sportsmanship shining at the Beijing Winter Games, special bonds between foreign athletes, volunteers and the most-loved mascot Bing Dwen Dwen, which were established through the Games, became another reason for athletes who found it difficult to say goodbye.

On her last day in China recently, US snowboarder Tessa Maud shared a video on social media platforms saying she “is so sad” as she was leaving China and she was going to cry on the plane. Her videos went viral on Chinese social media after she caught a heartfelt moment at the opening ceremony of the Winter Games showing a Chinese volunteer saying to her “Welcome to China” with a sweet and kind gesture.

“I leave Beijing in the morning and I’ve really enjoyed my time here,” Carlo Valdes, US bobsledder, told the Global Times on Sunday, noting that he hoped to come back one day.

“Thank you China for showing up and putting on a great Olympics for us!” US Olympic skier Aaron Blunck said in a post on Instagram on Saturday.

“I’ll miss all,” bobsledder Edson Bindilatti from Brazil told the Global Times in responding to what he would miss the most about China.

“We were welcomed with open arms, by all the volunteers,” he said, noting that many beautiful memories left by the Games such as the hospitality of Chinese people and well-organized management.

As the Winter Olympic Games drew to an end, Sunday also marked the last day for the most-loved Olympic mascot Bing Dwen Dwen. Checking out of his last “working hours,” Bing Dwen Dwen bowed to the volunteers several times to say goodbye and to thank them for their efforts in ensuring the spectacular sports event.

For about 18,000 volunteers who served the Beijing Games, it was also a hard thing to say goodbye. Six representatives of the volunteers showed up on the stage in the stadium during the closing ceremony, receiving warm applause from the audience and lanterns as gifts from IOC. Their hard work and invaluable contributions to the Games were a pillar force in ensuring its success. 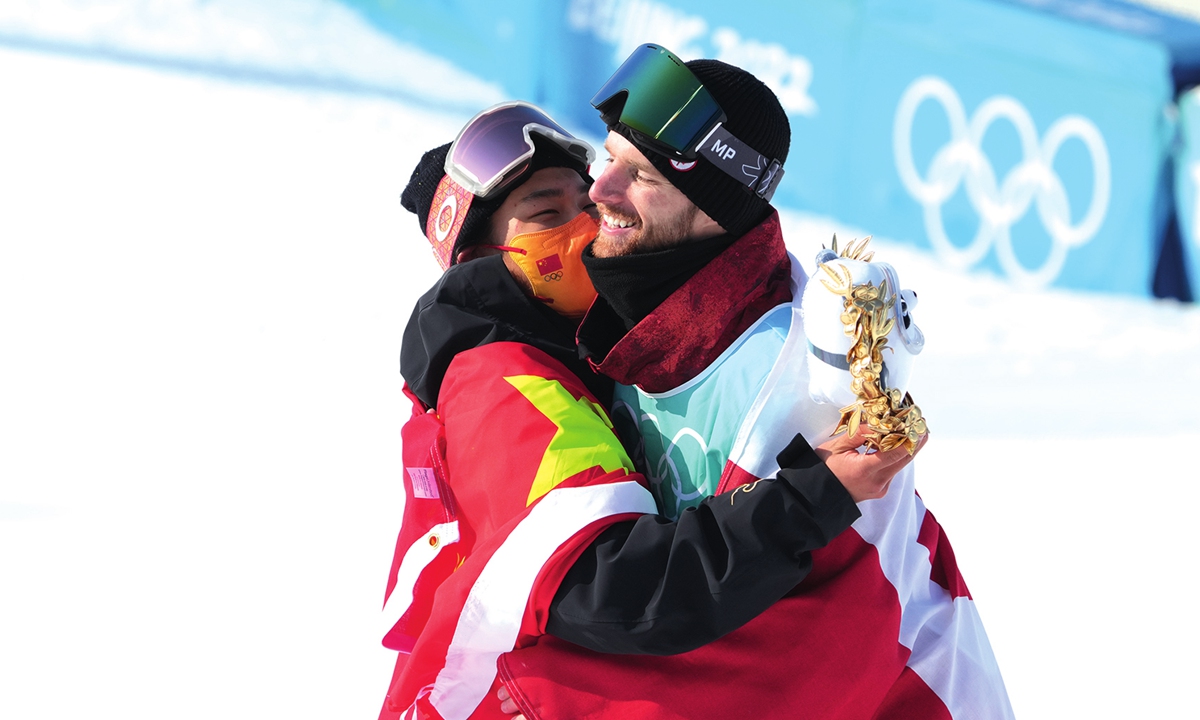 “The moment I received a pin of the Team USA from an American journalist this morning, I felt so sad and I rushed to the bathroom and cried,” a volunteer in the Main Media Center surnamed Wang told the Global Times on Sunday.

“I wore the traded pin since the beginning of the Games, and now it’s gone, which means days of serving the Games soon draws to an end,” Wang said. “It’s hard to say goodbye. It’s the moment when I really realized those days were precious,” she said.

All good things come to an end. At the end of the closing ceremony, the Olympic Flame goes out but the moments, memories and friendships of the Beijing Games burn brightly, the IOC said.