Similarly, on the one hand, Nepal has been supporting the one-China policy and on the other hand, China has also been showing full respect for Nepal's sovereignty.

Nepal has a very close friendship with China. They are connected by a long border however no border dispute has come so far. Neighboring country China has provided much greater support to Nepal than other countries. China has also received the same level of support and favor from Nepal. It was Nepal that raised its voice for the first time in the United Nations saying that the official government of China is Beijing and not Taiwan.  Nepal’s approval of Tibet as an integral part of China is a great help to China.

Nepal has been supporting China in every way to prevent Tibetan separatist activities from Nepali. Incidents like sending one hundred people to Kaligad under the leadership of Arinkoand helping Princess Bhrikuti’s marriage with the Shah of China are the living witnesses to the historical relations between China and Nepal.

Similarly, on the one hand, Nepal has been supporting the one-China policy and on the other hand, China has also been showing full respect for Nepal’s sovereignty.

China is a much bigger country in comparison to Nepal in terms of geography, population, economy, science, and technology. China is advancing as the world’s first superpower. Also, there is not a single example of China showing arrogance towards Nepal. It has always been fairly treating Nepal.

The Araniko Highway was built from Khasa to Kathmandu with a grant provided by China about 50 years ago.  Only after the construction of the Araniko Highway, Nepal was freed from India’s semi-colonial status. Until then, India had deployed its soldiers in 19 places in the northern border region of Nepal. During that time Indian ambassador used to participate in the meeting of the Council of Ministers of Nepal. Nepal dared to remove the Indian army from its territory only after connecting road transport with China. Moreover, the Chinese government has also funded the construction of the 200 km Prithviraj highway connecting Nepal’s capital Kathmandu to the tourist city of Pokhara.

The credit for the prosperous city of Pokhara goes to Prithvirajmarg. Similarly, the Muglin-Narayangadh road was also built by China. This road was built in a difficult geographical structure and has been connected to Kathmandu and the Terai with a reliable transport system.

The ring road of Kathmandu valley, and the Pokhara-Waglung road was also built with China’s grant. Many structures including International Convention Center and Bhrikuti Paper Factory in Kathmandu Baneshwar have been built by China.

We should not forget that China built many physical infrastructures for Nepal at a time when China itself was a developing country and it was yet to build many physical infrastructures within its own country. However, China today has transformed from a developing country to a highly developed nation. China has developed the world’s most advanced technology for building physical infrastructure. China’s technology and machines to build tunnel roads through mountains have become the world’s best example. This achievement of China is sure to be perfect for a mountainous country like Nepal. Therefore, if Nepal is trusted by China then it is certain that Nepal will make economic progress at a very fast pace.

Most Nepalese were forced to wear torn and discarded clothes and were forced to walk barefoot at a time when Nepal and China were not connected by road transport. Many Nepalese used to die because of cold weather.

Chinese goods started coming at reasonable prices and almost all Nepalese had shoes on their feet only after the connection of road transport. The people of Nepal have been freed from the necessity of wearing torn and discarded clothes.

But now, the trade deficit with China has increased. Nepal is not able to export its products to Tibet. In a year, about 200 million Chinese citizens travel to other countries as tourists. And Only one percent of them visit Nepal.

In fact, Nepal does not have to wait for four or five years to flourish tourism business since every year around 200 million tourists from all over the world visit Tibet and out of these even one percent of tourists come to Nepal, the economic transformation here is not far away.For this, Nepal and Tibet must be connected by reliable road and railway networks.

It is through the BRI project that Nepal and China will be connected by reliable road transport and railway network. Therefore, there should be no delay in implementing the BRI project. There is a time when China had given a lot of help in the development of Nepal, even by starving its citizens.But now China has become a very developed nation, and it does not have to pay a huge price to support the development of Nepal. China is providing financial assistance that worth 4 billion dollars annually to various countries of the world. Out of that, only 0.1 percent will help Nepal. However, within 10 years, all projects under BRI will be completed. Nevertheless, due to the growing influence of the US in Nepal, China has not been able to open its fist towards Nepal like in the past. 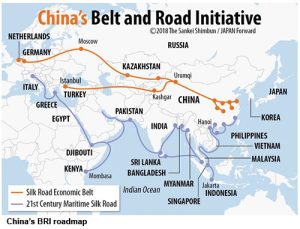 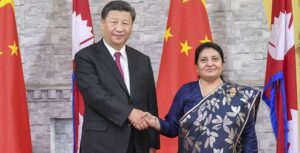