Winter Olympics proves to be a booster to domestic sports brands

Winter Olympics proves to be a booster to domestic sports brands
By Global TimesPublished: Feb 20, 2022 04:30 PM 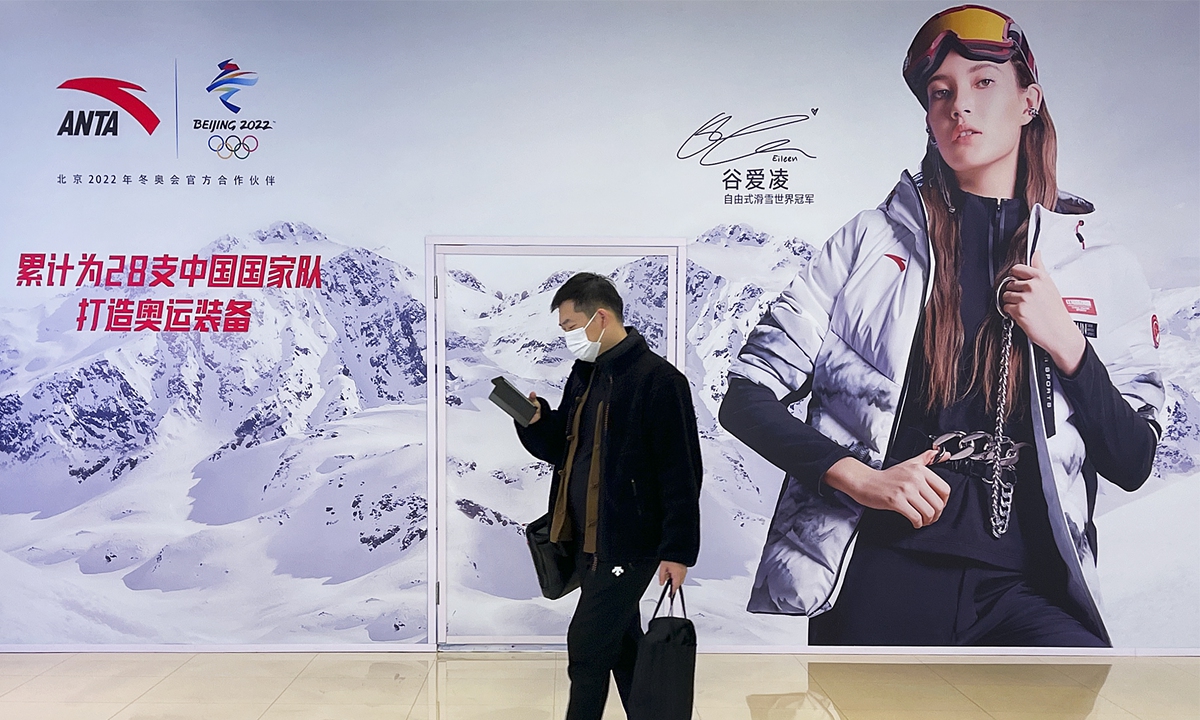 A man walks past an advertising poster of Chinese freestyle skier Gu Ailing at the APM shopping mall in Beijing on November 20, 2021. Photo: VCG

From various competition gears that accompanied athletes from Team China winning medals to the huge traffic and exposure generated by Chinese 18-year-old skier star Gu Ailing who wore Anta items in a fashion show in her room on social media, Chinese domestic sports brands have emerged on one of the world’s largest sporting stages, and Anta has turned out to be the clear winner.

Anta has been the sportswear partner of the Chinese Olympic Committee since 2009. As the official sportswear provider of the Beijing 2022 Winter Olympic Games, Anta used its smart technology to equip 12 event teams of Team China in events including short track speed skating, skeleton and curling.

Among them, the design for athlete’s uniforms from Chinese short track speed skating team has matched leading levels for lightness and ventilation, the company said.

Some of Anta’s Olympic licensed products have also become targets of Chinese social media users to snap up, especially the hats and shoulder bags in the shape of Bing Dwen Dwen, the official mascot of the 2022 Winter Olympics, with the strong recommendation from foreign athletes, which sold out quickly on Anta’s online flagship store.

According to a ranking by sports new media sportsmoney, Fila and Descente held the first two positions in terms of the number of individual or team medal winners wearing the brand’s clothes when competing and receiving the award at the podium as of February 18.

Phenix, a long established technical Alpine skiwear brand that has been acquired by China Dongxiang Group, enjoyed a stellar performance as the sponsor of Team Norway uniforms, which won its 16th gold medal of the Beijing Games on Sunday, a record for a single country at a Winter Olympics.

With advanced technology and a bright prospect after the Beijing Winter Olympics, domestic sports brands are set to see huge growth opportunities on global markets with stronger brand awareness, they said.