The fight on the snow 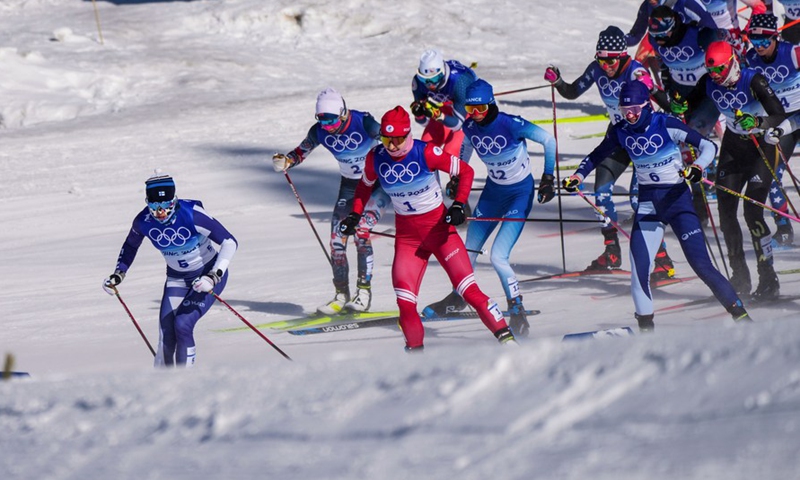 This winter, sports and miracles matched perfectly together on the fields of the Winter Olympics, bringing audience tears and cheers. On this snow-covered stage displayed stories themed “fight,” with every athlete as the main character of these moving stories.

The core of fight was demonstrated perfectly by the participants. Falls, injuries and frustration have accompanied the athletes throughout the Olympics, or more precisely, their careers. However, fighting to rise on their feet again and again where they tumbled, they chose to persist in heading toward their goals.

The moment I saw Chinese skier Zhang Kexin fall on the snow with pain but struggle to stand up like a winner, the feelings of respect and excitement sprang up from my heart, to the point where I almost burst into tears. Such feelings also appeared when I saw the picture of 22 steel nails running through Jia Zongyang’s shanks, and witnessed the victory of Sui Wenjing and Han Cong after their 15 years of arduousness and hardship.

The same persistence is found in many other competitors and teams. Many participants were the only representative of their countries, but they fought until the last minute of the competitions, leaving their love and pride on fields. For example, 49-year-old “granny” Claudia Pechstein still galloped on the track of speed skating, regardless of age. They all have strong souls that can break any barrier, and the spirits of these respectable people have been engraved in my heart deeply.

It is the spirits of devotion and unyieldingness that almost moved me to tears, and it turned out that the meaning of the Olympics is no longer just the competitions, but the process of fighting.

The 16 days of Winter Olympics seemed like a flicker of time, now it has come to a perfect end. But the stories of fighting still exist in our lives, encouraging us to constantly compete with ourselves to seek for transcendence. One precious thing I learned from the athletes is that we can push ourselves to the limits as long as we keep on fighting, just as a commentator said, “Heroes are those who fight continuously.”

The author is a senior student from Class 25 in MianYang Middle School.