How Nepal can learn from development of China ?

China has done miracles like building a train on the highest terrain of the world, building an airport on the sea, and making the fastest-moving driverless train.

Even when transportation technology was not developed, Nepal and China were the closest neighbors. At that time, Nepal had been the main trade transit between China and India. Indeed, Nepal was among the 10 richest countries in the world before the British colonization of India since Nepal was the most important commercial rout between these two countries. Nepal ceased to be a commercial transit between China and India with the development of road and rail transport along with the advancement of technology. Due to the difficult geographical structure of Nepal, road and rail transport could not easily be opened between Nepal and China. Because of this, the Indian monopoly in Nepal’s trade increased. As a result, Nepal gradually became poorer.

But now the era has changed. The neighboring country China has developed unprecedentedly in the field of rail and road transport. China has achieved great success in terms of technology and economic status so for her building railways and roads is easy even in difficult geographical structures like in the high Himalayan region. Reliable roads are being built to connect from mainland of China to Nepal’s capital, Kathmandu including other parts of the country. Similarly, plans for the construction of the railway are also in progress.

The Chinese railway network will connect the capital of Nepal, Kathmandu within a few years. It seems certain that Nepal, as a commercial transit of China and India, will take a leap in economic growth. But when? An answer to that question is still to come.

When will the Chinese train arrive?

In the field of railways technology, China has made tremendous progress that other countries of the world consider impossible.

The world was surprised when China built a railway from its mainland to Lhasa, the capital of the autonomous province of Tibbat 20 years ago today. Until then, none of the countries in the world had been able to build a railway at a height of more than 4,000 meters.

Moreover, with the completion of the railway line construction from Beijing to Shigatse, there is a talk that the Chinese railway network will reach Kathmandu, the capital of Nepal. China had already planned to connect the railway line from Shigatse to Kerung two decades ago.

It is about 400 kilometers from Shigatse to Kerung, the border between Nepal and China. The distance from Kerung to Kathmandu is only 78 km.

Kerung is the city with the best climate and weather in Tibet. The area of ​​the Kerung Valley lies in ranges from about 2,000 to 2,500 meters in height, which is the same as Pokhara, a tourist city in Nepal.

China has put forward a plan to connect the Kerung valley not only with Beijing but also with Nepal’s capital Kathmandu, and tourist centers Pokhara and Lumbini by rail. For this, Nepal only needs to trust China.

Progress made in the construction of a railway connecting China from Shigatse to Kathmandu through Kerung region.

Two decades ago China announced the connection of the railway line from Shigatse to Kathmandu through Kerung but Nepal did not show much interest at that time.

Nepal realized the need for a China-Railway network inevitable only after the neighboring country imposed a trade blockade on Nepal for making its own constitution.

CPN UML President KP Sharma Oli and his supporters reached Kerung in Rasuwa on 4th January. Oli, the future prime minister’s visit to Kerung has given an important signal for this.

Truly speaking, the Indian embargo has made the public learn that Chinese railways and petroleum imports from China are necessary for Nepal. Moreover, Nepal had agreed to China’s BRI project even before the closure of the Indian border. After the Indian blockade, a transit and trade agreement was signed with China during the time of the then Prime Minister KP Sharma Oli. After this agreement, the debate about Chinese railways in Nepal intensified.

Chinese officials have been saying that Chinese trains will be moving to India via Nepal in bilateral discussions at various levels and programs. The on-site study visit and interest of the Chinese technician about connecting Pokhara and Lumbini from Kerung to Kathmandu are very much appreciated for now. Also, China has been telling that there are some problems regarding running the Chinese trains in Nepal in a bilateral meeting.

The expansion of railway service from Kerung – Kathmandu to Pokhara and Lumbini, is a very difficult task in such topography of Nepal. Besides, investment is also more than expected. It will have a long-term impact if there are fewer consumers and collected fees from the railway compared to the high investment.

China has done miracles like building a train on the highest terrain of the world, building an airport on the sea, and making the fastest-moving driverless train. And for China, the technology and investment to be adopted for the train that will go from the highlands of Tibet to the lowlands of Kathmandu might be expensive but not comparatively a great and difficult issue.

Nepal needs to convince China on how many people use the railway service daily, and whether it will generate regular income comparing the investment after the railway service comes into operation. In addition, the population of Kathmandu is more than the whole of Tibet where 33 million people.

The Chinese stakeholders are suspicious that the train packed with goods and passengers from Tibet to Kathmandu will be empty on the way back. Although there are no tourists visiting from Nepal to China, travelers who travel to Nepal by train from China will obviously use the same train to return. Also, Nepal has to make good preparations for sending Nepali products to China by train. Nepal should address China reliably on this issue.

Benefits for both countries

Most of the land of Tibet, an autonomous province of China, is at a very high altitude. It is a place covered with snow for about 8 months a year.

However, there are some valleys in Tibet and the town of Kerung, which are around 2,000 meters high. These valleys are located in the southern region of the main mountain range. The Climate and weather are very favorable here. Therefore, it is for sure that China will not delay connecting Kerung with the railway network even for its own interests. Also, after connecting the railway to Kerung, it is not very difficult to link it to Kathmandu. After all, China has already launched a very ambitious project to connect its country with all the countries of the world by road and railway network.

The ambitious project is BRI. It is favored by Nepal as well. Nepal’s trade and transport gateways will be connected with India and China very easily with the completion of the proposed projects, BRI between Nepal and China. It also connects with Europe through China. If China is building railways far beyond its own land, then there is no question of not building a railway in Nepal, which has a direct border with its land.

The development and income of Tibet, China’s autonomous region, will also undergo major changes by connecting with Nepal in the railway network. With the new government in Nepal, it is widely expected that real steps will be taken in the railway project of bringing Chinese railways into Nepal.

how Nepal will achieve economic growth ?

China has already built a 6-lane road and railway parallel to the northern border of Nepal to connect Europe.

Humla’s Limi is situated under the Karnali Corridor road and Mustang under Kalgandki Corridor Road. Nepali land will be used for traveling from Northern part of India to Europe if the construction of the road and railway project between Nepal and China under the BRI is completed. Similarly, it is trouble-free to use Chinese road from Kathmandu to reach Mustang and Humla.With the completion of the BRI project, the economic transformation of the Himalayan region of Nepal is guaranteed. 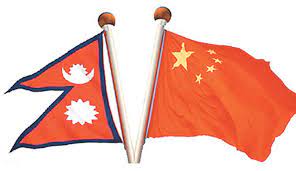 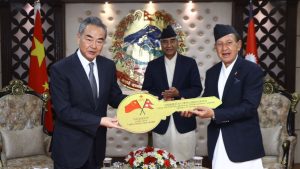 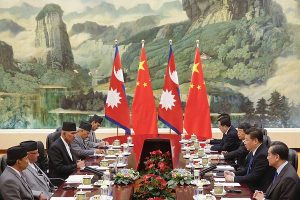 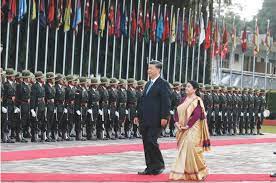 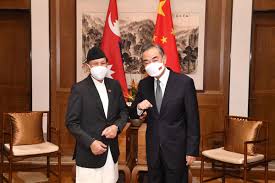 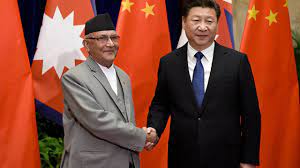 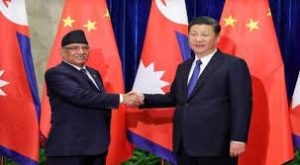 Abrar H. is the new ambassador of Pakistan to Nepal